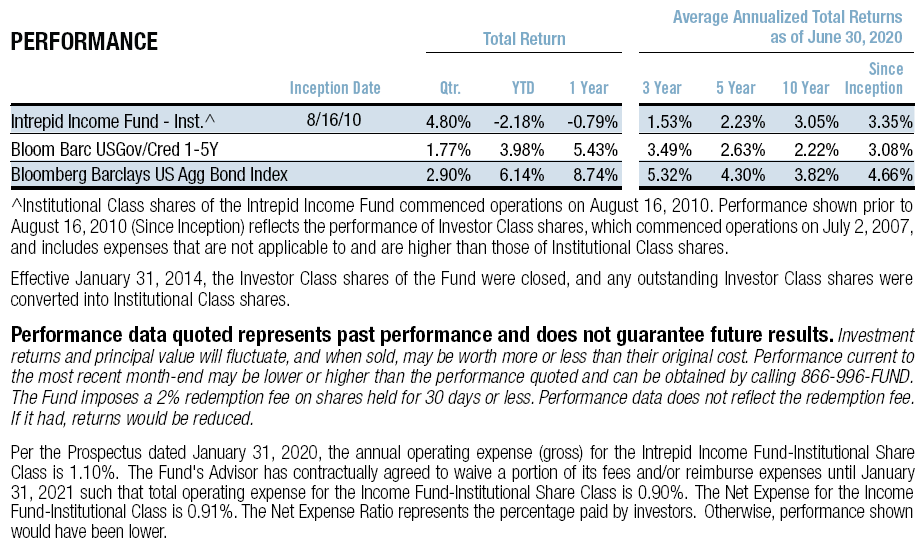 How many people does one meet[1] in a lifetime?  Assuming an average life expectancy of eighty years and three hundred interactions with new people a year, our guess is twenty to thirty thousand.  These interactions are unevenly distributed – one likely meets more people during school than in the crib, for instance, and the number will also vary wildly from person to person.  A career salesperson could meet one hundred thousand people in a lifetime, but an arctic biologist who spends most of his life in the South Pole might only meet a few thousand (Atlantic Puffins do not count for this exercise).

There is also a distinction between the people we meet and the people we know.  How many people do we really get to know during our lifetime?  If we assume it takes several dozen hours of interaction to get to know someone, then it’s probably only a few hundred.  If you are American, that works out to .0001% of the United States’ population – a tiny percentage!

Getting to know a company also takes lots of time and interaction.  Beyond the perusal of financials, it takes conversations with management, channel checks, and a broad understanding of the competitive landscape.  There are thousands of companies out there and we sift through a lot of them, the same way a person shakes a stranger’s hands thousands of times over a lifetime.  But we only get to know a sliver of the population, as this process can take months, if not years.

The same way a person builds close relationships over time, we work hard to discover companies worthy of lending money to.  Would you blindly lend money to any of the thousands of people you have met over your lifetime?  Of course not.  You would probably only lend money to someone you know well and trust.  And even then, you would want some protections. 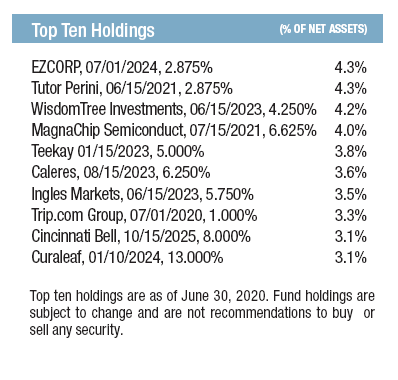 We like to know the companies we lend to as well as someone knows a close friend or a spouse.  And because we are generalists and do not have mandated sector exposures or arbitrary index alignments, we can be selective about which companies we get to know with this level of depth.

We usually start by screening out the undesirables.  This is the equivalent of setting an Age Limit or a Smoking Preference on a dating app.  If you know you would never date a smoker/septuagenarian, why not eliminate the possibility of connecting with one?  Incidentally, we have lent to tobacco companies before and we have a thing for older companies, but to each their own.

Once we have whittled down our list of potential investments, we look for some common characteristics.  We like:

Once we find a company we know and like, it comes down to terms.  Going back to the dating analogy, sometimes a few nice dinner dates does not lead to a committed relationship.  Likewise, just because a company is well-operated does not mean it is worth lending to.  Often, we will revisit a once-spurned beau/investment at a future date when the terms are more amenable.

The past few months have given us a once-a-cycle opportunity to lend money to some of the companies we know and like at amenable terms.  From a trading perspective, the second quarter was one of the busiest ever for the Intrepid Income Fund (the “Fund”).  We are excited about the way we are currently positioned.  At the end of the second quarter, the yield-to-worst on the portfolio was 8.47% and the effective duration was 1.96.

Following the craziness of March, high yield bond spreads snapped back in the second quarter like nothing ever happened.  This was after the Federal Reserve announced a stimulus package that included purchasing high yield bonds through corporate credit facilities.  The ICE BofAML High Yield Index (the “HY Index”) returned 9.61% in the quarter ended June 30, 2020.  The shorter-duration Bloomberg Barclays US Govt/Credit 1-5 Year Total Return USD Index (the “1-5 Year TR Index”) gained 1.77% over the same period. 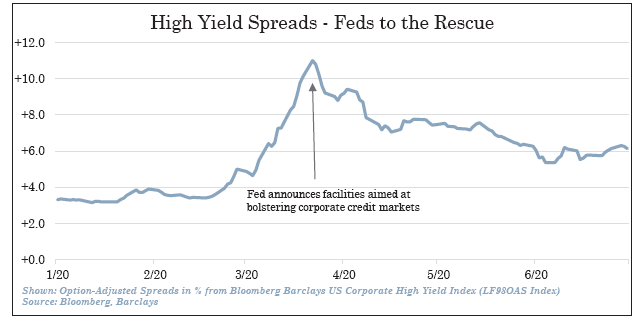 Longer-duration investment grade securities also joined the party following the Fed’s announcement that they would backstop “creditworthy” securities.   The Bloomberg Barclays US Aggregate Index (the “Barclays Aggregate Index”) returned 2.90% for the quarter and the ICE BofAML US Corporate Index (the “Corporate Index”) recorded 9.27% gain over the same period.  The Intrepid Income Fund gained 4.80% in the quarter ended June 30, 2020.

This is a treacherous investing environment fraught with uncertainty.  There are many credits that carry more turns of leverage than points of yield.  We believe the liquidity that flooded into credit markets following the Fed’s announcement in late March could evaporate just as quickly.  Many of the credits propped up by this liquidity are the large, indexed issues that benefitted mightily from the Fed’s capital injection into junk bond ETFs.  But no amount of liquidity can turn a bad credit into a good credit.

There exist lots of bad credits.  As the chart below shows, the HY Index is heavily stratified.  The highest leveraged quartile of issuers, which includes issues from beleaguered sectors like transportation, energy, and consumer discretionary, carried over nine turns of leverage at the end of 1Q20.  Imagine what that will look like at the end of the second quarter once these companies report earnings!  On the other end of the spectrum, the lowest leveraged quartile of issuers, which includes many BB credits and fallen angels that have received government support, carried under three turns of leverage at the end of the first quarter.  If you think hiding out here is a good idea, however, think again.  As of the writing of this letter, the average 2-year BB credit is yielding just 3.5% – hardly an adequate return for the risks an investor would incur lending to these companies! 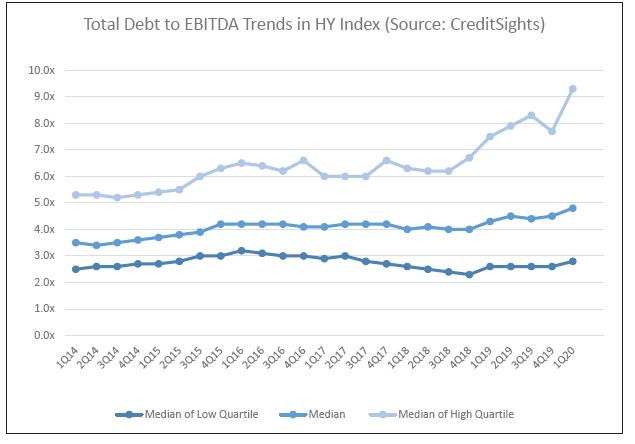 Leverage multiples should continue expanding later this year from a swelling numerator and a deteriorating denominator.  High yield issuance YTD is the highest in a decade as overindebted companies rushed to shore up liquidity.  Goldman Sachs estimates that over 60% of the junk bond issuance in June was used just to refinance existing debt.  That sounds a lot to us like “kicking the can down the road.”   Many of these companies were overleveraged going into the pandemic and needed to raise this money just to survive.  It is not like on the other side of this these companies will become magically creditworthy.

Despite the craziness that exists in certain corners of the credit market, we are finding plenty of opportunities to deploy capital.

We continue to seek all-weather businesses with strong balance sheets.  We added several new positions to the portfolio during the quarter including Rackspace Hosting, Matador Resources, and WisdomTree Investments.

Rackspace is a software solutions company that supports and manages cloud platforms.  It has a niche position in “multi-cloud” that allows it to compete effectively with behemoths like Amazon and Microsoft.  Its revenue is over 95% recurring and was not adversely affected by COVID-19 in the first quarter.  Shortly after we purchased Rackspace’s bonds at close to par, the company filed paperwork for an IPO and announced its intention to use the proceeds to repay its debt.  We believe the company will take the bonds out later this year at an attractive call price of 104.313, so we plan to hold and enjoy the 8.625% coupon.  In the case that the IPO gets pulled, we still feel comfortable holding this paper until the 2024 maturity because of the stable, growing revenue base (+7.8% in 1Q20) and strong free cash flow generation (~5% of total debt).

Matador is an independent energy company in the Permian.  We believe the company is one of the best operators in the country and has a strong enough balance sheet to weather one of the worst periods ever for oil and gas companies.  The company has no maturities until 2023 and plenty of liquidity left on its credit facility.  The 2026 notes we purchased are one of the longest-dated positions in the portfolio, but we believe this is actually an advantage for Matador as the company has the flexibility to wait out the turmoil in the energy market before becoming more aggressive.  The company had over 100% of its 2Q20 oil production hedged which resulted in a cash gain of nearly $12/barrel.  We believe Matador also has nearly 80% of its oil production hedged in the second half of the year and that it will generate free cash flow in the fourth quarter.  The notes we purchased yield slightly over 10%.

Like Intrepid, WisdomTree is an asset manager.  In mid-June, the company issued a convertible note with a 4.25% coupon and some equity optionality.  We passed on the deal in the primary market, but when the bonds traded into the mid-90s, we happily picked them up for over a 6% yield.  Unlike Intrepid, WisdomTree is a pure-play exchange-traded products manager. The company boasts nearly $60 billion of assets under management spread across major asset classes and a globally diversified footprint.  Nearly 43% of the company’s assets are in commodity & currency products, the largest of which is a physical gold ETF.  WisdomTree generates gobs of free cash flow and has a very flexible cost structure.  With less than 2x net leverage and a free cash flow to debt (FCFF/Debt) yield of over 10% after servicing the dividend, this is one of our largest and favorite positions in the portfolio.

The Income Fund had fourteen positions that were called or matured in the second quarter.   We also rebalanced several positions.  The proceeds from the bonds that matured or were called were redeployed into some of the new positions we listed above as well as existing securities.

We are pleased with the opportunities we have uncovered so far during this turbulent time, but we also continue to act cautiously, knowing that more volatility likely lies ahead.  We will continue to lend prudently to companies we know and like.

[1] When we say “meet,” we mean to have at least a brief interaction with or to come into the presence of.