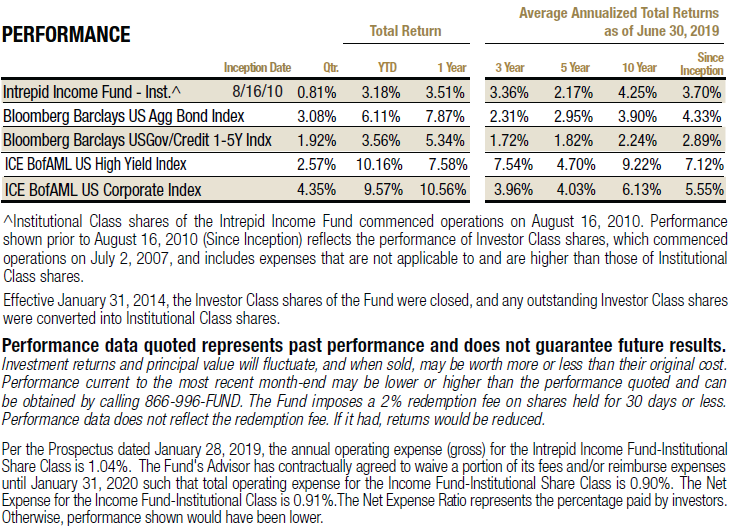 Would you ever pay for the privilege to lend someone money? We sure wouldn’t. The idea of lending someone $100 to get paid back even $99.99 sometime in the future seems so absurd to us that it’s hard to believe it’s a reality. Not only does lending at a guaranteed loss violate basic tenets of finance, like the time value of money, but it also goes against common sense. Nonetheless, across the world nearly one quarter of global debt carries a negative yield, according to Bloomberg.

So why do people buy bonds that will lose them money? There are very few plausible reasons:

• Fixed income assets are often seen as the safest assets in the market, especially during times of elevated market stress. That drives investors to plow cash into them at any price, even to the ludicrous extreme of negative rates. For these investors, locking in a slightly negative return on a bond is their way of saying I’ll lose some money, but probably not as much as I would in another asset class. For many of these investors, owning cash is not an option.

• Some mandates require investors to track government bond indexes or invest in certain securities, regardless of price or yield.

• Portfolio managers believe negative yields on the debt they own will become even more negative, driving prices up – a glorified example of the greater fool theory.

None of these reasons for owning negative yielding debt strike us as particularly compelling.

However, the consequences of negative yielding debt on investor behavior are alarming. We wrote last quarter about the hunt for yield driving investors into riskier debt securities to compensate for the lack of yield in investment grade and sovereign debt securities. Astonishingly, according to The Wall Street Journal over a dozen “high yield” bonds in Europe now also trade with a negative yield. It seems that negative rates have coursed their way through debt markets in Europe like a shockwave, first pushing many investment grade debt issues into negative territory, and now some junk bonds into the land of guaranteed loss as investors scramble to find ways to generate return.

Over the long term, we don’t see this return-with-any-level-of-risk dynamic playing out well. The reason high yield bonds have higher interest rates in the first place is to compensate investors for the elevated credit risk. The idea of getting compensated next to nothing (or less than nothing) to underwrite these risky bonds is hard to fathom, yet it probably won’t be long before a bond is issued in the high yield primary market with a negative coupon.

We wonder where it ends. It seems like until there’s a substantial shock to the global financial system, yield-starved investors will continue moving further out on the risk spectrum in search of adequate return. Many European and Japanese investors have already flocked to the U.S. debt markets, expanding the negative interest rate shockwave and pushing rates down here as well. We also continue to see banks and private equity shops take advantage of the frenzy for yield by squeezing through looser covenants and fewer protections for debtholders on new deals.

With the prospect of one or more rate cuts on the table this year despite all-time highs in the stock market and a seemingly healthy economy, will the U.S. also end up with negative rates at some point? If we can’t raise rates in such a sanguine environment, when will we ever be able to do so?

In light of all this uncertainty, we continue to feel good about the way the Intrepid Income Fund is positioned. We believe our short duration profile has the potential to keep us insulated from any interest rate surprises and agile enough to take advantage of dislocations in the market when it is warranted.

Despite a volatile month of May, corporate bond yields continued to tighten in the second quarter after a strong start to the year. The ICE BofAML High Yield Index (the “HY Index”) returned 2.57%, composed of a 0.98% increase in price and a 1.59% gain from interest income, in the quarter ended June 30, 2019. The shorter-duration Bloomberg Barclays US Govt/Credit 1-5 Year Total Return USD Index (the “1-5 Year TR Index”) gained 1.92% over the same period.

We are happy with our results over the past three months. We believe that the main difference between our return and the indices was related to duration. Our emphasis remains on finding creditworthy companies with attractive fundamentals that we can underwrite. We continue to find value in the neglected corners of the fixed income market, including broken convertibles, small issues, and unrated issues.

The Fund’s top contributors for the three-month period ending June 30, 2019 were Central Garden 5.125% notes due 2/01/2028, Coach Inc. 4.125% notes due 07/15/2027, and Nathan’s Famous Inc. 6.625% notes due 11/01/2025. It’s no coincidence that these securities were also some of the longest duration names in the portfolio. The same effect from declining rates that drove the longer duration indices up also pushed these credits higher. Although we are happy to participate in this upside with a small percentage of our holdings, we remain committed to keeping the overall duration of the Fund low.

The Fund only had one material detractor for the quarter, LSC Communications Inc. 8.75% 1st lien notes. As we detailed in our last commentary, LSC is being purchased by Quad/Graphics, Inc. and were the deal to close, we should receive a favorable call price or even a make-whole premium. In late June, however, the Department of Justice sued to block the merger on antitrust grounds. The bonds sold off several points and we used the opportunity to purchase more. We believe that whether the merger occurs or not, LSC is creditworthy and that we are being more than adequately compensated for the risk.

The Income Fund had seven corporate bond positions that were called or matured in the second calendar quarter. We also rebalanced several positions. The proceeds from the bonds that matured or were called were redeployed into short-term paper of investment grade issuers that we believe offer attractive yields in excess of government securities. Additionally, we purchased five new holdings during Q2. They are listed and briefly described below.

• Activision Blizzard – A premium video game company that generates robust free cash flow, has twice as much cash as debt, and carries investment grade ratings. We purchased the 3.4% notes due 6/15/2027. We like Activision for its strong brands and returns on invested capital.

• Air Canada – Canada’s leading airline, serving around 180 destinations, primarily in Canada and the US but also in the Asia/Pacific region. Together with a regional affiliate (jazz) the company operates a fleet of about 330 aircraft from hubs in Calgary, Montreal, Toronto, and Vancouver. It also hauls cargo and offers ground handling and travel arrangement services. We bought various enhanced equipment trust certificates (EETCs) in the wake of the 737 Max 8 aircraft tragedy earlier this year. These notes are all fully secured by aircraft other than the 737 Max 8. Additionally, Air Canada is growing on the top and bottom line and generating a lot of free cash flow.

• Choice Hotels – One of the world’s largest global hotel franchisors with brands that include Comfort Inn and Suites, Sleep Inn, and Econo Lodge. The company has low net leverage of 2.0x, investment grade ratings, and a large equity cushion. We purchased the 5.7% notes due 8/28/2020 as we believe they presented good value for such short duration.

• Ensign Drilling – We purchased Ensign’s 9.25% notes due 4/15/2024 when they were issued in the primary market. Ensign is one of the largest global providers of onshore contract drilling to the upstream oil and natural gas industry. The company was a first-time high yield issuer which we believe led to the relatively high coupon. The 9.25% notes helped fund Ensign’s acquisition of Trinidad Drilling and we believe the combined company will be able to deleverage quickly.

• Great Western Petroleum – A private, independent oil and natural gas company active in the DJ basin in Colorado. Great Western has a $300 million bond issue that traded down because of oil prices and political risk in Colorado earlier this year. We purchased these 9% bonds due 9/30/2021 in May at what we view as an attractive yield. We believe the political risk has largely been mitigated and expect the bonds to trade back up over the next few quarters. We also think there’s a chance the company could refinance these notes later this year which could result in substantial upside for our position.

Portfolio activity was otherwise subdued. We continue to diligently search for attractive opportunities to take credit risk while limiting the Fund’s duration, which was 1.36 as of June 30th.