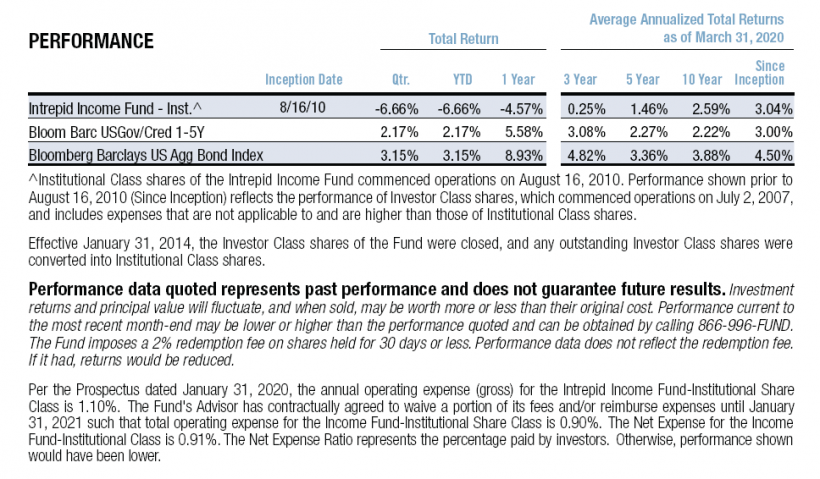 “The more stable things become, and the longer things are stable, the more unstable they will be when the crisis hits. Success breeds a disregard of the possibility of failure.”
~ Hyman Minsky

Credit markets screeched to a halt in March and bond prices plummeted as debt investors crammed for the exit.  The uncertainty around the COVID-19 pandemic froze out even the most creditworthy borrowers from issuing new debt.  Grandiose stimulus promises did little to abate the rampant panic, at least initially. It felt to us like a Minsky Moment.

The term “Minsky Moment” was coined in 1997 to describe the Asian Debt Crisis.  It would later be used to describe the Great Financial Crisis in 2008.  Hyman Minsky, whose work inspired this phrase, was a prolific 20th century economist.  Minsky believed that long periods of stability bred periods of instability.  For instance, when the economy is humming and there seems to be no bust in sight, investors and companies take on more and more debt to maximize their participation in the economic boom.  This behavior eventually leads to a tipping point, or a Minsky Moment, when the debt is no longer serviceable and there is a rapid decline in asset prices.

If we have just experienced a Minsky Moment, it is ostensibly unlike prior ones.  Both the Great Financial Crisis and the Asian Debt Crisis were directly caused by excessive risk taking.  This time around, an unforeseen global pandemic served as the tipping point.  We would argue that although COVID-19 served as the catalyst, excessive leverage in the system exacerbated the depth and rapidness of the selloff. 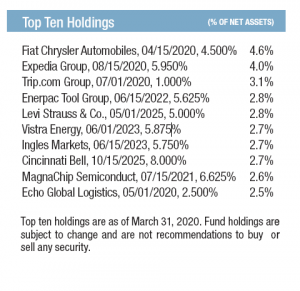 Regardless, we believe the pain in debt markets is likely to get worse before it gets better.  Even assuming we can get the economy back up and running over the next couple of months, which seems optimistic, the toll from months of foregone revenue will be enough to shutter many debt-laden businesses.  Bankruptcies, which we have seen few of so far, would send shockwaves through the system and possibly lead to renewed panic selling. In order to avoid this, we anticipate the government printing trillions of additional dollars for fiscal stimulus and bailouts.  This remedy could cause inflationary headaches down the road, but we doubt any politician will mention that.  Considering all of this, we remain cautious as we search amid the junk bond rubble for attractive bargains.

Despite the beating that bonds took in March, longer duration government bonds served as a buffer for some indices as rates plummeted to new lows.  Accordingly, the Bloomberg Barclays US Aggregate Index (the “Barclays Aggregate Index”) returned 3.15% for the quarter ended March 31, 2020 and the ICE BofAML US Corporate Index (the “Corporate Index”) lost 4.05% over the same period.  Riskier debt took a walloping in the first calendar quarter, with the ICE BofAML High Yield Index (the “HY Index”) losing 13.12%.  The shorter-duration Bloomberg Barclays US Govt/Credit 1-5 Year Total Return USD Index (the “1-5 Year TR Index”) gained 2.17% over the same period.  The Intrepid Income Fund (the “Fund”) lost 6.66% in the quarter ended March 31, 2020.

The Fund did not have any material contributors for the three months ended March 31, 2020.  However, we had several credits that held up well, generating slightly positive total returns for the quarter despite the battering that the credit markets took.  Despite this, many of these credits, most of which are maturing soon, traded hands at surprisingly low dollar prices.  We believe this was due to technical market factors.

As money managers scramble to raise cash for redemptions or to reposition their portfolios, they are more likely to sell short-dated paper than longer-dated paper.  This is because the short-dated credits sell off less than bonds that don’t mature for a while, and the money manager can realize less of an absolute loss by selling these front-end bonds.  In March, this dynamic led to a strange situation in which some companies’ short-dated paper yielded more than its longer-dated paper.  This is known as an inverted yield curve and it sometimes occurs during periods of financial stress.

The silver lining to this inverted yield curve is that we were able to scoop up additional short-dated investment grade bonds at eye-popping yields, often in the double digits.  These purchases included debt from issuers like Sherwin Williams, Expedia, American Tower, and Fiat Chrysler.  Most of these were bought towards the end of March at significant discounts to par and with maturity dates in the next 1-6 months.  Hence, we believe we will see the fruits of these purchases soon.

To be clear, we believe that all the issuers we mentioned have enough cash on their balance sheets and/or access to credit to pay down their upcoming maturities many times over.  In fact, we performed various stress tests assuming, in some cases, the total absence of revenue for these issuers until their bonds mature.  Even in these unlikely scenarios, we still believe the various issuers will be able to pay down the issues we purchased.

The Fund had one material contributor for the six months ended March 31, 2020, which was Cincinnati Bell’s Notes due in 2025.  We wrote about these notes in a previous commentary and were pleased to see that this telecom company held up during the quarter after finalizing the terms of a takeover deal with Macquarie.

The Fund’s top three detractors for the three months and six months ended March 31, 2020 were all energy related.  We still own these positions and believe the issuers have the balance sheet strength to weather this extraordinary environment for commodities.  These positions represent a small percentage of the overall portfolio but offer compelling returns at current levels:

The Income Fund had six corporate bond positions that were called or matured in the first calendar quarter and eleven positions that were called or matured during the six months that ended 3/31/2020.   We also rebalanced several positions.  The proceeds from the bonds that matured or were called were redeployed into short-term paper of investment grade issuers that we believe offer attractive yields in excess of government securities.  Additionally, we added to several of our existing high yield positions and bought a couple positions from new issuers, including:

Portfolio activity was otherwise subdued as we brace ourselves for this brave new world.  In our opinion, nothing is certain in the near term except for more uncertainty which will likely translate into more volatility in financial markets.

The Federal Reserve continues to do everything in its power to remedy this uncertainty with heaps of liquidity and even a bit of razzle dazzle, recently announcing its intent to purchase certain junk bonds.  These developments hardly surprise us, but they do concern us as we wonder where the intervention ends, or if there is any contemplation of the consequences.  Consumers, companies, and industries are already lining up for bailouts which will prompt endless philosophical discussions around what makes this or that essential and why we are choosing to save this company over that municipality and so on.

Progress is hardly ever linear, and every boom eventually has its bust.  When it can operate freely, this boom and bust cycle creates a stronger, more resilient system.  Our past couple dozen or so commentaries have cautioned investors about an overleveraged financial system characterized by artificially repressed interest rates, excessive risk taking, and weak covenants on leveraged buyouts that might one day inspire a sequel to Barbarians At The Gate.  Already, many of the private equity sponsors that engineered these loans have met privately with President Trump and are surely arguing for their portfolio companies to receive some stimulus dollars.

The COVID-19 pandemic deserves a massive governmental response and we have been awed at how quickly and effectively task forces and healthcare professionals across the world have responded to this unprecedented crisis.  However, we do not believe that every business deserves to survive this difficult period despite the inevitable refrain of “this time is different.”

There are plenty of well-run businesses that entered this period with conservative amounts of leverage, access to liquidity, and prudently managed balance sheets despite the siren call of low rates and the seemingly sanguine state of the economy a couple months ago.  Then there are businesses that borrowed as much cheap debt as possible and assumed growth would continue forever, leaving themselves very little margin for error.  Both types of companies will likely struggle through this turbulent period, but which company deserves to survive?  And, to ask an eerily familiar question, what sort of signal will it send to future borrowers if we bail out both?

Amid all this uncertainty, we continue to diligently search for attractive opportunities to lend to resilient companies with conservative amounts of leverage, adequate liquidity, and robust balance sheets.