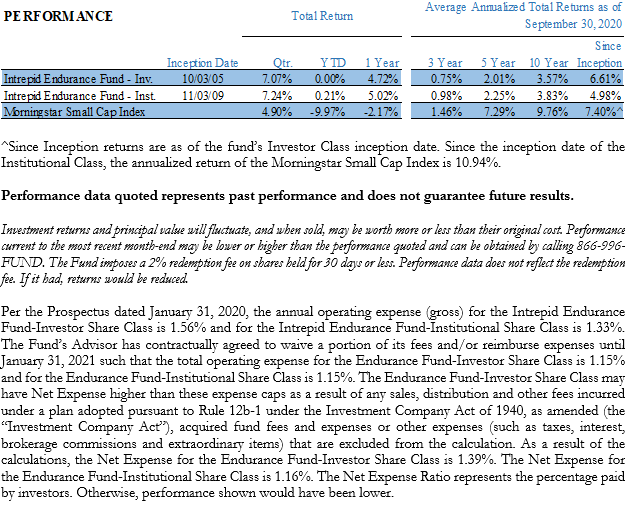 It’s nice to have sports back, isn’t it? I’m a huge sports fan and confess that a lack of televised games was one of the toughest things for me to get used to during the lockdown. One small consolation in that time was the ESPN release of a 10-part documentary on Michael Jordan entitled The Last Dance. The documentary gives a behind the scenes glimpse into the Chicago Bulls’ quest for a 3-peat in the 1997-98 season, but is perhaps more notable for its in-depth review of Jordan’s early career, rise to stardom, and the personal qualities that drove him to greatness (don’t worry, we won’t compare ourselves to Jordan).

One of my favorite parts in the documentary was when a young Jordan was rehabbing a broken foot in his second season with the Bulls. He convinced the team to let him return to his college campus at North Carolina and do some light rehab and training. Before too long, he was in the gym playing one-on-one, then three-on-three and five-on-five, completely unbeknownst to the Bulls. That segment in the documentary reminded me of a similar story about Jordan returning to North Carolina to scrimmage college players (as a UNC alum, I can’t help but weave in a story or two about Carolina basketball). This one was not profiled in the documentary but is pertinent to how we have approached portfolio management in this environment.

The story I am referring to involves Jerry Stackhouse and Rasheed Wallace – two players that starred as college teammates at North Carolina and went on to have long and storied careers in the NBA. One day in the mid-1990s, Jordan returned to Chapel Hill to work himself back into basketball shape for his return to the NBA following a stint playing baseball. Jordan practiced with the team and, in true Jordan fashion, stuck around afterward to take on any challengers in one-on-one. Eager to prove he could hang, Stackhouse played Jordan over and over. And he lost every game. Wallace? He didn’t bother. He was back in the locker room before any games even started, with his feet soaking in ice water. He knew.

Today’s capital markets in many ways seem extraordinary. The disparity between record high stock prices and record high unemployment can seem confounding. Rates are historically low while debt is historically high. Central bank willingness to provide monetary support to markets is unprecedented. Political and civil tension is high.
With that in mind, it’s no surprise that we are often asked how this all ends. Is it possible for central banks to lose their perceived control on the markets? Will all of the “money printing” from the Federal Reserve create inflation? What will it take for “value” stocks to outperform “growth” stocks? What happens to the economy if there is a second wave?
These are all important questions for the markets to wrestle with. In fact, we would posit that the future trajectory of inflation (and likewise interest rates) might be the single most important macro issue facing investors today. However, we do not take a position on this issue, nor do we try to forecast where it might end up. Much like the direction of inflation, the answers to the macro questions above depend on the interplay between so many factors – many of them highly complicated or random.

We would argue that it is nearly impossible to consistently gain an edge over the market by being better forecasters of macro metrics. Rather ironically, these issues that are seemingly most important are the ones least worth focusing on. Like Rasheed Wallace contemplating the opportunity to take on Jordan, we recognize that we have no competitive edge in macro prediction and do not bother expending the effort.

Instead, we focus on (1) identifying great small cap businesses selling at attractive prices, and (2) constructing a portfolio that is not over-exposed to any certain macro or sector risk. For example, take the issue of inflation. If inflation picks up, we think the majority of the companies in the Endurance Fund (“the Fund”) have meaningful pricing power to protect them and that some of our lowest multiple stocks will tend to outperform “growth” names that might not yet be profitable. On the other hand, if we have deflation, we would expect our portfolio – which skews higher quality and above GDP growth – to continue to compound at attractive rates. We are not putting all of our eggs in one basket, but rather building a portfolio that can “endure” any type of macro environment.

For the quarter ended September 30, 2020, the Endurance Fund returned 7.07%. This compared favorably to the MorningStar Small Cap Index’s return of 4.90%. As noted in the prior two letters, the Fund deployed a substantial portion of its large cash balance amidst the covid-driven selloff earlier this year, and is now positioned for more upside potential should equities continue grinding higher.

You should also expect the Fund’s current positioning to result in greater volatility than it had in the past, owing primarily to the larger portion invested in equities. Relative to the post-financial crisis bull market, we would expect the Fund’s post-covid performance to have greater potential upside potential participation, but without losing the focus on reducing downside hedging which has been the hallmark of its historical success. For instance, when small cap indices peaked in the quarter on 9/2/20, the Fund’s quarter-to-date return was 10.4% versus 10.2% for its benchmark (~102% upside capture). When small caps tailed off to end the quarter (9/2 – 9/30), the Fund returned -3.0% compared to -4.8% for its benchmark (~63% downside capture). 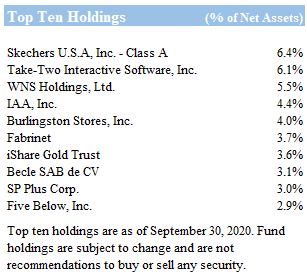 Despite what sounds like a fairly small return of 4.90% for the Fund’s benchmark, the quarter was marked by significant volatility. The widely followed CBOE Volatility Index (VIX) only closed below 22 on two occasions during the quarter. By contrast, the VIX only closed above 22 on two occasions in the third quarter of 2019. This volatility allowed us to deploy more of the Fund’s cash reserves which totaled 17.5% as of September 30, 2020, compared to 20.0% at the end of the prior quarter. Periods such as these when uncertainty and volatility are high are the preferred environments for the Fund. Because we look past near-term risks that can often weigh on stocks (e.g. trade disputes, elections), it allows us to allocate your capital with conviction into great businesses which we intend to hold over longer term periods (i.e. multiple years).

The Fund made two new purchases during the quarter. The first is a homebuilder called LGI Homes (LGIH). LGI has had tremendous success within the niche of low-cost homes targeting first time buyers. We think they have developed a unique operating model which they have been able to successfully expand outside their home market in Texas into the southeast and broader US. There is also quite clearly a housing shortage in the US, which we believe will benefit homebuilders, and particularly builders like LGIH which focus on entry level priced homes. A post-covid migration toward suburbs and smaller cities would also be a tailwind. The business is growing attractively, earns good returns on capital, has significant insider ownership, and is trading at less than 14x earnings.

The second purchase was a cannabis company called Trulieve (TRUL CN). We know, we know, this doesn’t sound like the type of industry or business we would typically get involved with. But unlike some of the early cannabis “companies” clearly trying to capitalize on the investor hype in the space, we believe Trulieve has one of the strongest business models in the industry. Cannabis dispensaries are regulated at the state level and Trulieve has a dominant position in the state of Florida (market share of 50%!), which has one of the most attractive regulatory structures. While the entire industry is growing rapidly, Trulieve is one of the only large operators that is currently profitable and has a proven business model. We believe the societal stigmas toward cannabis that have historically been in place are slowly eroding, and that Trulieve’s current stock price is compensating investors well for the risk we are assuming. It is a relatively small position in the portfolio at 2.4%.

We remain optimistic about the Fund’s future. An uncertain path of economic recovery, unpredictable changes in covid cases, volatile political environment and other factors are creating huge swings in market sentiment. The high volatility that accompanies these swings is beneficial to our management strategy, as it allows us greater opportunity to commit your capital to good businesses at good prices.

In addition, we have been pleasantly surprised at the valuations of many high-quality small cap businesses. Propelled by favorable narratives, the market is red hot in certain areas (e.g. SPACs, IPOs, software, etc.), while smaller companies have not garnered the same attention and recovery in share price. There are several companies on our possible buy list of high-quality small caps whose prices are approaching our targeted entry points. The Fund’s 17.5% cash reserves give us the dry powder to purchase these names without liquidating others, while also seeking to protect your capital in the event of a drawdown.

Rasheed Wallace went on to have a long and successful career in the NBA. Despite the seemingly carefree attitude toward taking on Jordan, he was known as a fierce competitor in the league. His ability to stretch the floor and hit deep jump shots as a center was relatively unique in his era, when most big men tried to dominate inside and score in the low post. But Wallace understood his game well and knew how to press his advantage. This self-awareness helped lead him to a 16-season career, four NBA All-Star appearances, and a championship (we’ll conveniently ignore his awe-inspiring records for technical fouls & ejections). Like Wallace, we understand our advantage well – a deep fundamental understanding of small companies, valuation discipline, and a highly flexible ability to deploy your capital into the best opportunities. This approach is the foundation for the Fund’s longevity, and we are confident it should continue to provide you attractive returns over long-term periods. Thank you for your investment.