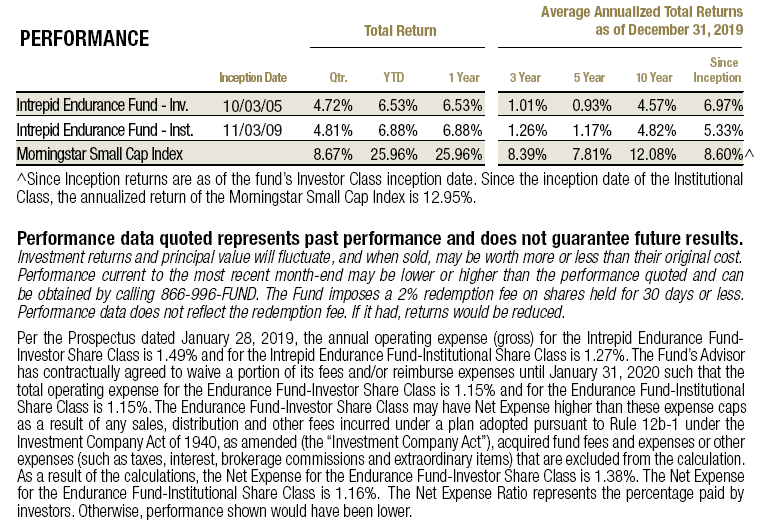 Equity indexes surged in Q4 to cap off the best year for the stock market since 2013.  It is quite remarkable how the collective narrative has seemed to yo-yo back and forth this year about how much longer this economic expansion, which is now the longest ever, can continue.  The market shrugged off concerns of slowing global growth and a hawkish Federal Reserve in the first quarter of the year, rebounding from the plunge in equities to close out 2018.  Worries began to mount again later in the year though, as industrial activity weakened significantly, interest rates tumbled, gold surged, and many speculated that this was a leading indicator of an approaching recession.  However, these concerns seemed to recede in the fourth quarter after macro data improved and the Federal Reserve resumed its purchases of treasuries. 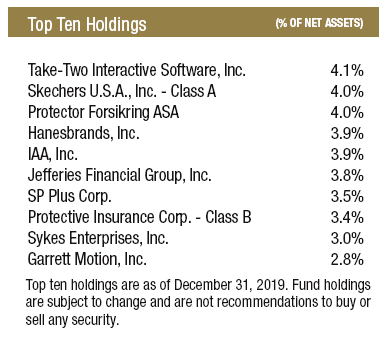 As we turn the page on the year, this is about the time when most market pundits and strategists publish their forecasts of what stocks will do in 2020.  When one considers how much can change in a year and how quickly markets reflect these changes – as we saw in 2019 – predictions about where stocks will wind up a year from now seem futile.  We are reminded of the above quote from the legendary NY Yankees Catcher when we read these prognostications from the experts.

We are often asked where we think the stock market is headed.  After all, we are professional stock pickers – shouldn’t we have an informed opinion on whether the market will go up or down?  Many are left unsatisfied at our “I don’t know” responses.  We find it unproductive to try to estimate where the entire market will wind up at some point in the future.  It’s incredibly difficult (impossible?), in our opinion, to consistently forecast how macro factors, geopolitical events, collective psychology, etc. will drive market prices.  Instead, we concentrate on analyzing individual businesses whose long-term intrinsic values can be estimated more accurately, we would argue, than the price of an entire market.

That’s not to say we have no view on the price of the market and how it impacts our positioning.  In general, our positioning (aggressive or defensive) will be based on (a) the prices of our opportunity set and (b) an analysis of where we are in the business cycle.  As to the former, we believe small cap stocks are expensive.  We have written about this at length in prior letters, and we need not rehash these same points again.

As to where we are in the business cycle, we think this is a more interesting question.  There are good reasons to support those in the camp professing that we are late cycle as well as those who claim there is still plenty of room for this expansion to continue.  In our opinion, it’s hard not to at least acknowledge that we are on the back nine of the cycle given that we are just months away from entering year 11 of the longest running expansion in post-war history.  Enormous (and rising) levels of corporate and public debt, high asset prices and investor optimism also suggest we are late cycle.  On the other hand, consumer statistics are strong, and we do not see troubling signs of inflation or pockets of significant overcapacity that normally signal late-cycle dynamics.  Furthermore, the willingness and ability of the Federal Reserve to support asset prices and continue this expansion are unprecedented.

Where does this leave us?  We believe caution is warranted and have positioned the Intrepid Endurance Fund (the “Fund”) defensively as a result.  The businesses that populate the portfolio tend to be priced attractively, in our opinion, and are not dependent upon cheap financing and continued cyclical expansion to compound intrinsic value.  Though it is perhaps not the popular opinion on Wall Street at the moment, we have found that superior long-term results do not come from following the herd.

The Intrepid Endurance Fund returned 4.72% during the first fiscal quarter (calendar Q4 2019) compared to 8.67% for the Morningstar Small Cap Index benchmark.  Our relative underperformance was mostly the result of our large position in cash & treasuries which averaged approximately 40% of the portfolio during the quarter.  The Fund’s relative performance was slightly better compared to value-oriented benchmarks which trailed growth stocks once again in the quarter.

The Fund ended the calendar year with 61% invested in stocks and 39% invested in short-term treasuries and cash.  The year was marked by a number of new purchases and a much higher exposure to stocks than it had at this time last year when cash and treasuries accounted for 73% of the portfolio.  As noted in previous letters, the level of cash in the portfolio is not a predetermined target, but rather a byproduct of the prices of our opportunity set.  With that said, we would not expect the level of cash to continue to fall at the same rate that it was deployed in 2019, particularly now that small cap stock indexes neared all-time highs at the end of the year.  Most of the stocks we follow are trading well above our intrinsic value estimates, and we still believe small caps are broadly expensive.  There would most likely need to be significant volatility in the equity markets in order to deploy a similar amount of cash in the upcoming year.

However, with its highest equity exposure in years, we believe the Fund is positioned to generate attractive future absolute returns.  Perhaps more importantly, we also expect the large cash position and bias toward highly cash-generative businesses to provide meaningful protection should stocks pull back.  We think this level of prudence is warranted, particularly considering the outright bullishness (exuberance?) we are observing from others in the market.  We stand ready to deploy this capital should our opportunity set become cheaper.

The Fund added four new positions during the quarter:

Etsy does not manufacture or sell any goods themselves.  Rather, it is a marketplace that aggregates third-party buyers and sellers.  For its part, Etsy receives a commission on each item sold on their platform.  Digital platform business models like this scale exceptionally well as there is no need to invest in additional physical infrastructure as the number of buyers & sellers grows (Amazon’s Marketplace and eBay are other examples).  As more sellers list their goods on the Etsy website, it entices more buyers to shop on the site which in turn attracts more sellers.  This virtuous feedback loop of network growth can create a flywheel of earnings growth that is tremendously valuable.  In Etsy’s case, we believe its network has become large enough to mostly insulate them from competition in this niche marketplace.  In fact, Amazon tried to launch its own competitor in 2015, Amazon Handmade, but to date has not been able to gain much traction.

Etsy also has a quality that is surprisingly unusual among fast-growing technology companies – it actually makes money!  Etsy is growing revenue at over 20% and we expect earnings and cash flow to grow even faster as the company continues to scale margins.  We think this is a very rare asset to find in today’s market – a fast-growing, capital light, profitable platform business model that is not selling at an obscene valuation.  The stock sold off sharply from its highs a few months ago, as we think some investors were uncomfortable with how a couple changes to their business model would impact margins moving forward.  We used the selloff as an opportunity to initiate a position.  Our estimate of intrinsic value is comfortably higher than where the shares trade today.

One thing that may be apparent from the above purchases is that they generally are higher quality businesses than we have purchased in prior years.  By “high quality,” we are referring to attributes like growth, returns on capital, clear competitive advantages, management talent and a strong balance sheet.  This pivot toward better businesses is part of a deliberate attempt to upgrade the quality of the portfolio.  Of course, we’ve had to pay a higher multiple of earnings for these types of businesses.  However, we think the higher prices are more than justified in these cases.  Within value investing parlance, these more recent purchases are closer to the “great business at a fair price” end of the spectrum associated with Warren Buffett than the “fair business at a great price” end of the spectrum associated with Ben Graham.

Rest assured that we are not indiscriminately piling into expensive but higher quality stocks.  In fact, we think the stocks of good businesses growing at above-average rates (the type that many in the investment community like to label “compounders”) tend to be some of the most overvalued stocks that we have come across.  Instead, the above positions were initiated after careful analysis and disciplined valuation.  The purchases were generally made either (a) at prices materially below similar peers, (b) after significant declines in the stock price, (c) after concluding the market was misjudging some feature of the business, or (d) some combination thereof.

The Fund’s top contributors to performance for the quarter were:

The largest detractors to the Fund’s performance for the quarter were:

In summary, we remain very optimistic about the future performance of the Fund.  The quality of the portfolio constituents is higher and the equity exposure is greater, yet we are not abandoning our overall defensive posture.  Our large cash position can help to shield us from significant drawdowns while providing the flexibility to be opportunistic in the event of significant future volatility.  Thank you for your investment.