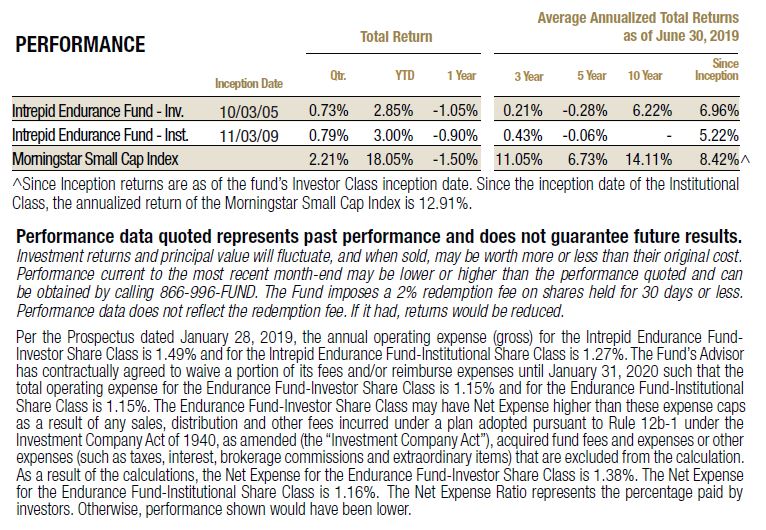 The small cap market’s return of 2.21% (represented by the Morningstar Small Cap benchmark) during calendar Q2 2019 probably seems like an unexciting or “as expected” result. However, it was not a pedestrian journey, as investors were subjected to some noteworthy volatility in the middle of the quarter – small cap stocks were down 8% in May before rebounding in June. The news flow was even more wild, with concerns and rumors about trade policy, slowing growth fundamentals, geopolitics (Iran), and Federal Reserve expectations trending in many directions.

We are aware of and follow all these issues but are not in the business of predicting how they might turn out. We find it much more productive to focus on what is most important: finding opportunities to put capital to work in quality small cap stocks at attractive valuations. By focusing on both quality and valuation, we believe we can generate returns for our clients over reasonable holding periods that over-compensate them for the risks inherent in small cap stocks – whether they be the macroeconomic risks listed above or the industry and company-specific risks related to each individual holding.

The Intrepid Endurance Fund (“the Fund”) returned 0.73% during calendar Q2 2018 compared to 2.21% for the Morningstar Small Cap Index benchmark. The underperformance is partly due to the firm’s large cash position relative to the index, but also because we continue to allocate to undervalued – but out of favor – small cap value stocks. We think this latter point is worth further discussion to provide context to the Fund’s positioning and recent results.

Stocks with value-oriented characteristics have underperformed growth-oriented stocks for some time. Much has been written about this divergence in the financial press – we have little unique insight to add to the debate. What we do find interesting and rarely discussed, however, is the underperformance of small cap value in particular. 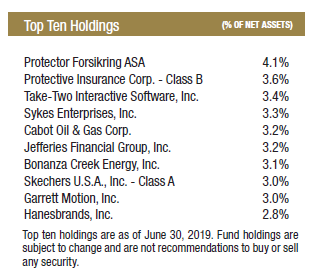 According to market research firm Dalbar, the average investor holds an equity mutual fund for about four years. Unfortunately, the past four years has not been a good relative stretch for small cap value stocks, as investors have favored larger and more growth-oriented stocks. The Morningstar Large Cap Value Index has outperformed its small cap value peer index by over 24% during the four-year period ended June 30, 2019 – the second largest ever discrepancy in the 21-year history of monthly return data for these indices.

Similarly, mid cap value has outperformed small cap value by over 20% using the same Morningstar indices and performance periods, which is one of only a handful of periods in which this has occurred. Since value stocks have underperformed growth stocks over this four-year stretch, small cap value has suffered the double-whammy of being the loneliest subgroup within an unloved category.

History suggests this underperformance will not persist. In fact, small cap value has been one of the best performing asset classes over multi-decade periods, and numerous academic studies have provided reasons for this. Unsurprisingly, periods in which small value has underperformed significantly relative to other equity categories have often set the stage for significant future outperformance, as this data has tended to show strong mean reversion over time.

Some in the investment community have suggested (not for the first time) that value is dead, and that established businesses cannot compete with new-age disruptors in a winner-take-all digital economy. Consider us skeptics. We are confident that buying stable, cash-generative businesses at reasonable multiples will inevitably come back into favor.

In that sense, we view the unpopularity of small cap value stocks as a good thing, as it has provided an opportunity to prudently deploy more of the Fund’s cash in high-quality businesses that we believe are priced to generate attractive returns looking forward. The Fund’s cash level ended calendar Q2 at 45.0% – down from 59.7% at the end of Q1, 73.3% at the end of Q4 2018, and 82.5% at the end of Q3 2018. 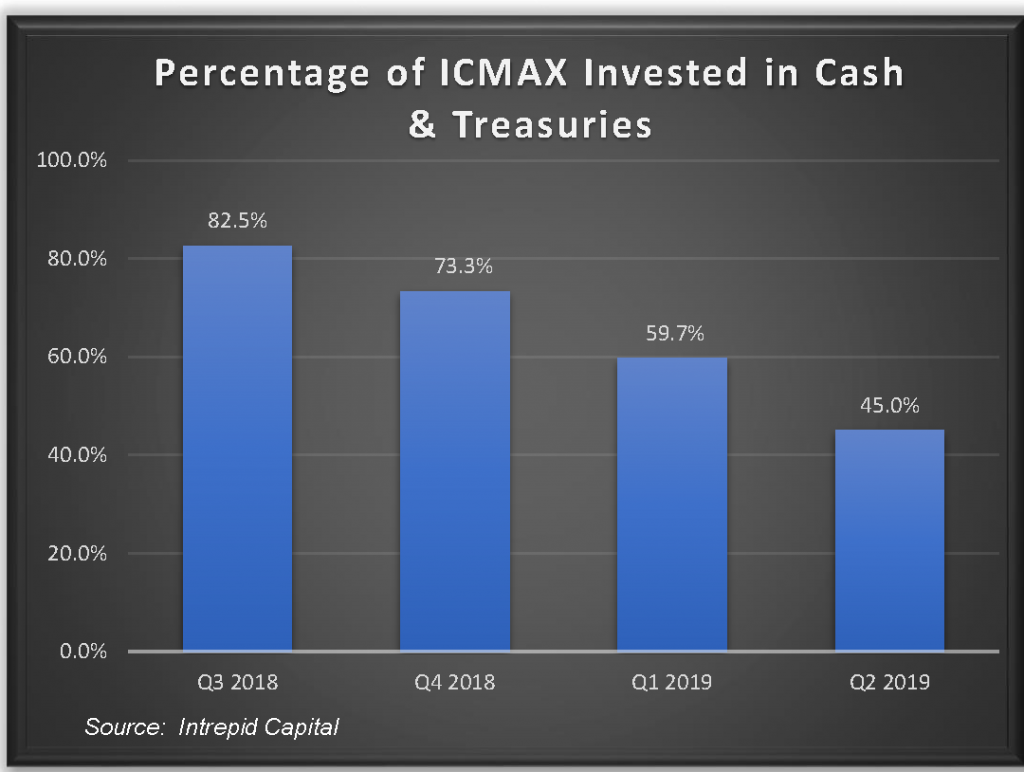 Specifically, we purchased six new holdings during Q2. They are listed and briefly described below.

These stocks add to the list of new holdings we have purchased since the end of Q3 2018 – which now totals sixteen (we divested one stock during this period as well). This “buying spree” over the last nine months was first triggered by the enormous volatility that emerged in Q4 2018 (small caps were down 20% that quarter), but the underperformance of small cap value stocks since then has provided additional attractive opportunities despite a rising stock market.

Our top three contributors to performance during calendar Q2 were:

Our three worst detractors on performance during calendar Q2 were:

Finally, it is important to continue to assess the Fund’s performance and actions relative to the three strategic objectives we laid out last quarter. We are pleased with our performance against the first two objectives but have fallen short with the third:

ii) Taking advantage during periods of volatility – The Fund has purchased 16 new positions in the nine months of this fiscal year, and cash has fallen from 82.5% to 45.0% in response to increased volatility and the general underperformance of small cap value stocks.

iii) Generate attractive positive absolute returns – The Fund has a -1.05% return over the trailing twelve-month period ended June 30, 2019, compared to the -1.50% return of the benchmark Morningstar Small Cap Index and the -7.86% compared to the Morningstar Small Value Index. Based on these results, it would be fair to say that the Fund managed the value-related headwinds over the last year well. However, we are not thrilled with this outcome as it falls short of our objective of generating positive absolute returns.

With that said, we believe the Fund is positioned well to bounce back from the slightly negative absolute returns over the last twelve months. Recent actions – highlighted by the sixteen new holdings established during the past three quarters – position the Fund for more potential upside than it has had in years. While still remaining defensive and flexible (cash is at 45.0%), the Fund now has over 3x the equity exposure it had nine months ago as we have exploited several dislocations in our value universe. While we don’t have pre-determined plans to continue allocating cash to new opportunities at this rate – that will depend on how our opportunity set is priced at any given time – we will not hesitate to act should volatility spike again or our core universe of small cap value continue to offer an increasing number of attractive opportunities.

In closing, we are very optimistic about the future performance of the Fund. We expect the multitude of new purchases and higher equity exposure to provide attractive future absolute returns within a category that may be poised for a mean-reverting outperformance on a relative basis. Meanwhile, our significant cash position provides an overall defensiveness while maintaining the ability to deploy additional cash as further opportunities appear. We believe this simple, flexible, and opportunistic approach should continue to add value over the benchmark, over reasonable holding periods, and provide attractive positive absolute returns that are worth the risk assumed.

[1]  Several studies have examined this issue over the years and our conclusions drew off the work included in the 30-year return data from the study Periodic Tables, Long Term Investing, and Illusions of Randomness by Stephen J. Huxley, Ph.D. and Brent Burns, President, Asset Dedication, LLC.