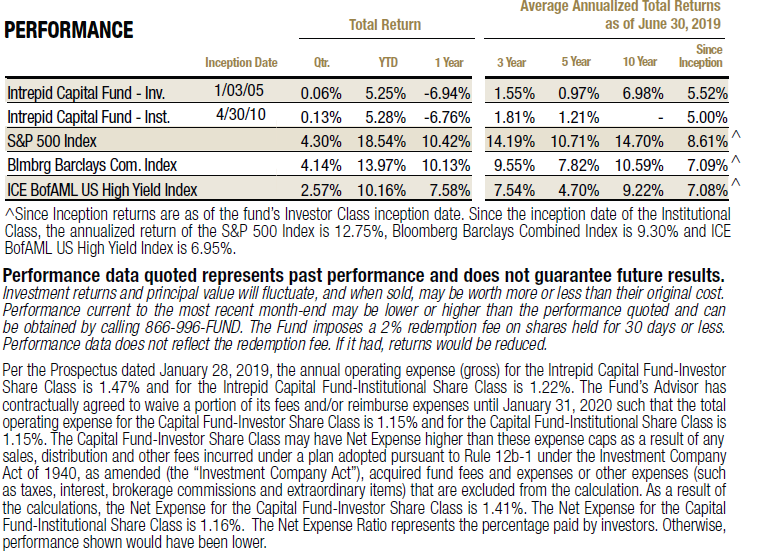 “Mistakes are part of the dues one pays for a full life.”

I often reflect on the different perspectives that clients hold of real estate investments versus those in the capital markets (stocks and bonds). The beauty – or peril, depending on your perspective – of a direct real estate investment is once you are “in,” you are really in! The illiquidity of a building or piece of property gives the illusion of stability due to the lack of a daily tradeable market. On the other hand, most individual stocks and bonds we hold for clients can be liquidated with a push of a button or a brief phone call. The ability to price one’s liquid net worth over a morning cup of Joe is not a plus, in my humble opinion.

As I have said often and continue to believe, most investors’ worst enemy is themselves. People are inclined to “buy high and sell low,” and Wall Street generally helps facilitate these poor decisions with the promise – usually implied but sometimes explicit – that “with our proprietary trading tools, you too can get rich trading stocks!” If only it were so easy!

My reflection on this real estate versus capital markets dilemma stems from recent developments involving a handful of large landowners a few miles west of our Jacksonville Beach office. By all appearances, heirs of the various families appear to be getting fabulously wealthy now that there is ample market demand and liquidity to monetize the family heirloom land holdings – acquired by the hundreds of acres, often 50-100 years earlier, and now priced by the square foot. The perception is that the only requirement was to buy land at $X per acre, sit on it for a few decades, then decide on a whim to sell it, and voilà, you’ve made 50x or 100x your money with no pesky volatility to speak of.

The reality is that there have been numerous periods – think the Great Depression, Cuban Missile Crisis, Arab Oil Embargo, the Resolution Trust Takeover of S&Ls, the 2008 financial crisis, and so on – where there was no market for these landowners to sell into, whether they wanted to or not. For better (in this case) or worse, the lack of liquidity kept them from selling in unfavorable conditions and forced them to hold for the long run.

The same principle of illiquidity applies to private equity (PE). The absence of a daily exchange-quoted market value doesn’t eliminate risk or volatility, it only makes them less easy to quantify. PE investors enter an investment knowing their capital will be tied up for 5-10 years, but with that commitment comes an expectation of higher returns. There’s no magic, just no daily liquid market that would allow a quick sale after a short-term decline from the initial value.

I think the true “magic” in all of this, if there is any, is patience. There are striking similarities between a long-term landowner and our attempts to create what we consider a “durable product” by carefully underwriting each security we buy as if we are going to be a co-owner in the equity of a business or a lender to a business. After careful assessment of a business we believe to be undervalued, we invest as if it was a direct real estate investment we planned to hold for five years or more. The difference, and the maddening part, is that the landowner is under no obligation to sell and no pressure to show price appreciation on a daily, monthly, or quarterly basis, while we operate in the hyper-short-term world of no-load mutual funds. 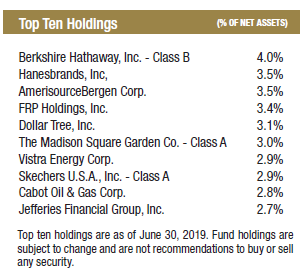 These securities have been trading for less than our current estimates of value. FRP Holdings was our largest contributor to the Intrepid Capital Fund (the “Fund”) in the second quarter ended June 30, 2019. FRP Holdings had a return of over 17%, which contributed 0.50% to the Fund’s return for the period. PotlatchDeltic and Consolidated Tomoka were smaller contributors and had returns of 4.24% and 1.27% for the quarter. These securities range in market cap from $300 million (CTO) to $2.6 billion (PCH).

I bring all of this up for two reasons. First, it is possible to own an equity stake in high-quality real estate, either inside a publicly traded C corporation or a REIT (Real Estate Investment Trust). Second, we believe our shareholders can benefit if they are willing to be patient; a request we have made repeatedly over the last few years. If several years is too long for the potential value to accrue to your benefit, maybe the bond market would be a better alternative for your investment portfolio. On the other hand, if you could wait multiple decades to liquidate as the landowners near our office have, the returns offered by the equity market have historically been quite handsome over such long holding periods.

Year-to-date ending June 30, 2019, the Fund has performed reasonably well with an increase of 5.25% for the period, but it still lags the sexier equity-only indexes such as the S&P 500, which increased 18.54% for the same period. The blended benchmark, which is more representative of our intended balanced strategy, consisting of 60% S&P 500 and 40% Bloomberg Barclays Government/Credit Index, increased 13.97% for the six-month period. Please keep in mind that the Fund typically holds about 65% in equity securities, which we believe has allowed us to participate on the upside in rising market environments and, historically, has generally made the downside market periods less severe.