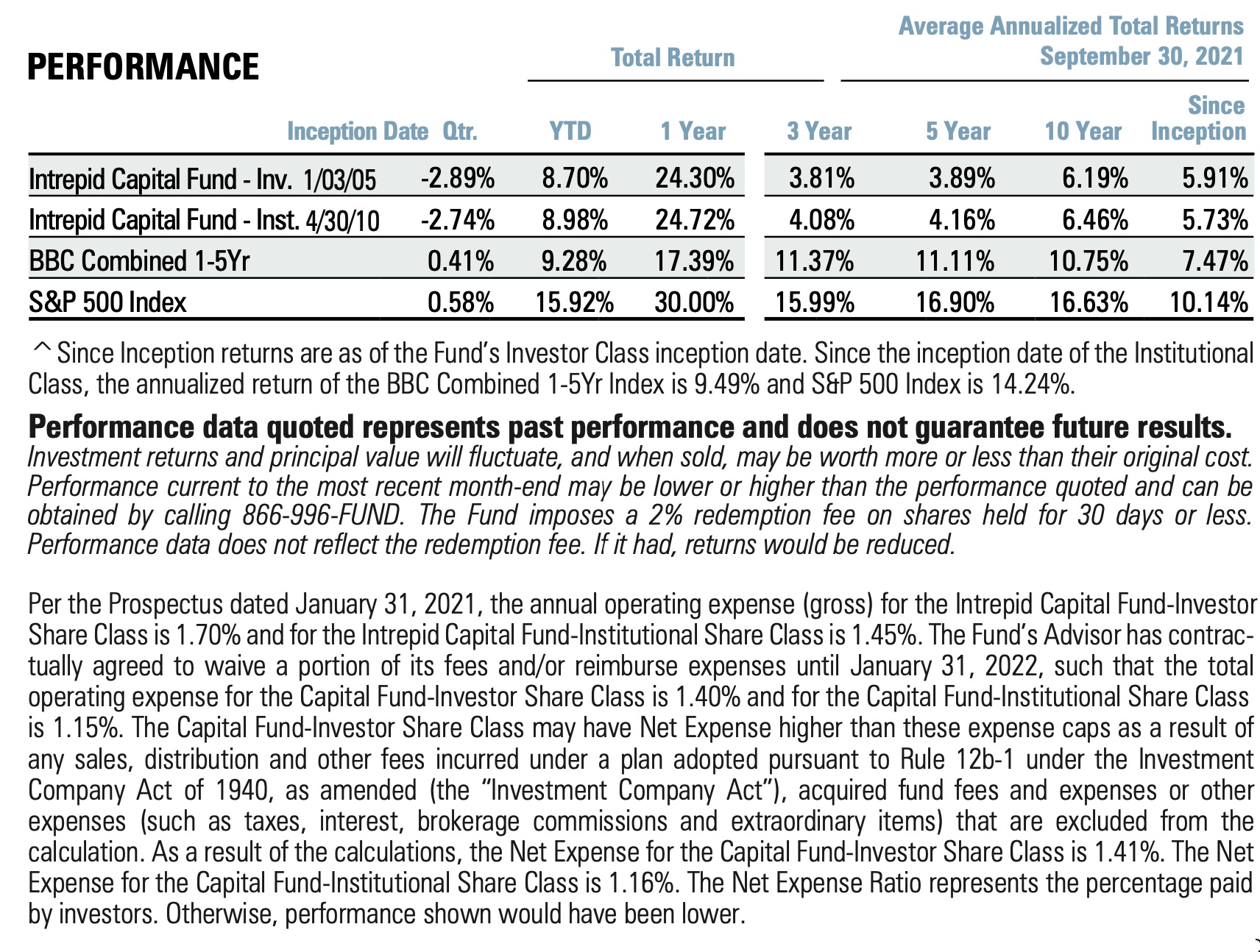 “I sit on a man’s back, choking him and making him carry me, and yet assure others that I am very sorry for him and wish to ease his lot by all possible means.”

The market has now caught a whiff of several things in my opinion that caused the third quarter to be more challenging:

For the third quarter of 2021, the following were the top five contributors to the Intrepid Capital Fund:

All investments involve risk. Principal loss is possible. The Fund is subject to special risks including volatility due to investments in smaller companies, which involve additional risks such as limited liquidity and greater volatility. Investments in debt securities typically decrease in value when interest rates rise. This risk is usually greater for longer-term debt securities. Investments by the Fund in lower-rated and non-rated securities present a greater risk of loss to principal and interest than higher-rated securities. The Fund may invest in foreign securities which involve greater volatility and political, economic and currency risks and differences in accounting methods. The risks of owning ETFs generally reflect the risks of owning the underlying securities they are designed to track. ETFs also have management fees that increase their costs versus the costs of owning the underlying securities directly.

The S&P 500 Index is a broad-based, unmanaged index of 500 stocks, which is widely recognized as representative of the equity market in general. The Bloomberg Barclays US Gov/Credit 1-5Y TR Index measures the performance of U.S. dollar-denominated U.S. Treasury bonds, government-related bonds, and investment-grade U.S. corporate bonds that have a remaining maturity of greater than or equal to one year and less than five years. The Bloomberg Barclays (BB) Combined Index consists of an unmanaged portfolio of 60% common stocks represented by the S&P 500 Index and 40% bonds represented Bloomberg Barclays US Government/Credit 1-5 Yr Index. You cannot invest directly in an index. Opinions expressed are subject to change, are not guaranteed and should not be considered investment advice or recommendations to buy or sell any security. The Intrepid Capital Funds are distributed by Quasar Distributors, LLC.