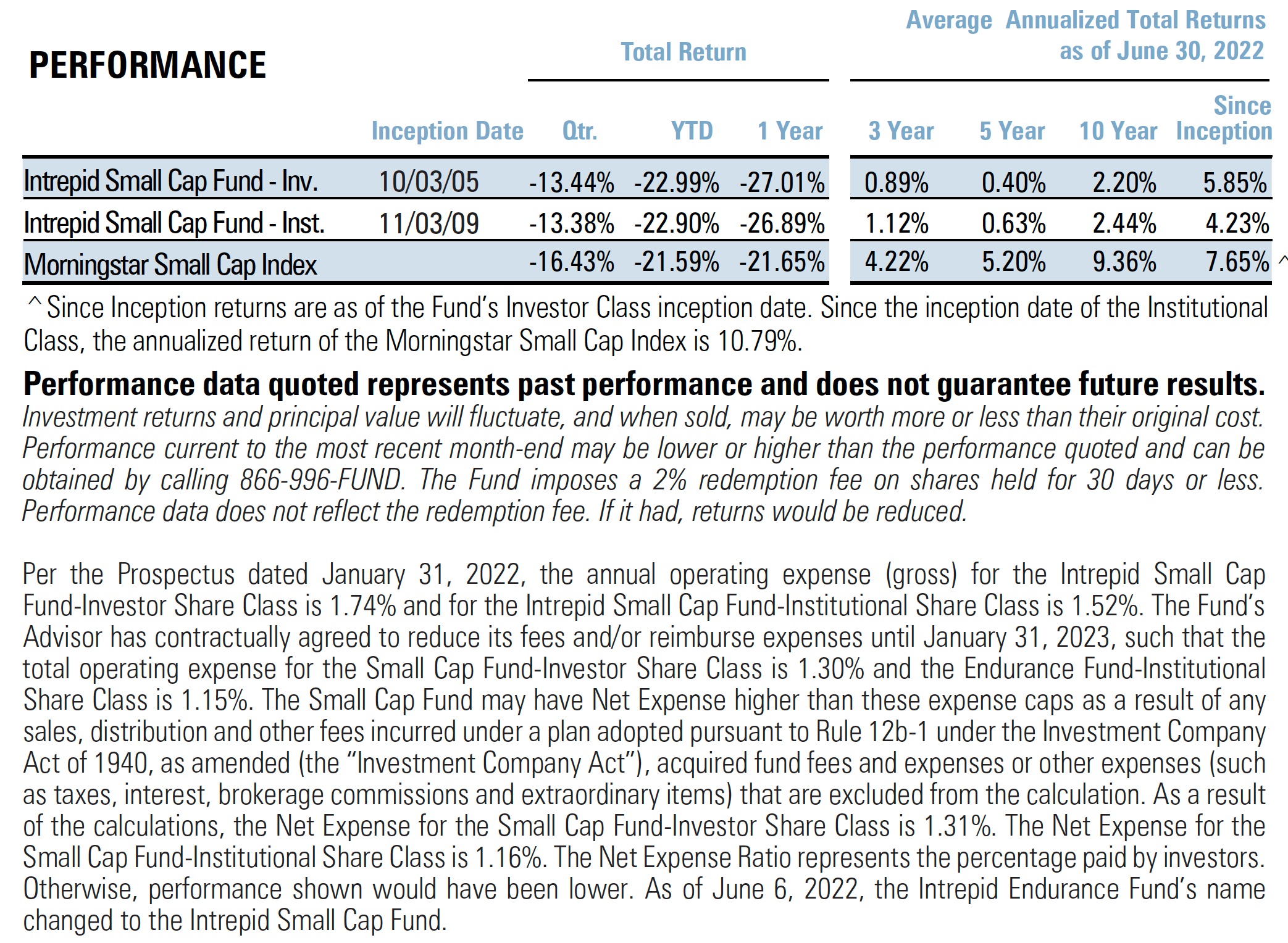 Indiana: “It’s not the years, honey, it’s the mileage.”

-Indiana Jones and the Raiders of the Lost Ark

Steven Spielberg’s 1981 blockbuster Raiders of the Lost Ark kicked off one of the most successful film franchises ever.  It stars Harrison Ford as archaeologist Indiana Jones, who sets out to recover the ark of the covenant which has been taken by a band of Nazis.  Jones rekindles the flame with an ex-girlfriend named Marion (Karen Allen), and the two travel to Egypt in pursuit of the Ark.  Grossing over $168 million that year, it went on to become the most successful movie of the year and is considered one of greatest 100 American movies according to the American Film Institute.

The movie’s release in 1981 – over 40 years ago – marks the last time we have seen inflation at the level we are currently experiencing (as measured by the Consumer Price Index, or CPI).  At over 8.6% currently, inflation remains the single most important macroeconomic factor today and is the primary culprit behind the vicious sell-off in equity markets in Q2 2022.  In financial markets, it has led to an increase in interest rates, which tends to reset equity multiples lower (particularly for fast-growing businesses) and make refinancing more expensive.  In the real economy, it slows consumer spending and squeezes business profit margins (which is in turn handicapped into financial markets).

The Federal Reserve – the agency responsible for using monetary policy to manage inflation – has said they are committed to getting inflation under control, even if it means collateral damage to the stock market and real economy.  Many investors probably did not believe them, figuring they would reverse course once equity markets revolted, as they had in prior years.  Instead, the market seemed to come to grips with inflation remaining stubbornly high and a Fed less willing to bail out the market at the first sign of trouble.   Like Marion’s reunion with Indiana, some investors are finding that the Fed might not be the reliable ally that they used to be.

There were few places for investors to hide during the quarter.  Stalwart stocks such as Amazon, Apple, Alphabet (Google) and Meta (Facebook) all fell more than 20% during the quarter.  Major covid beneficiaries Netflix, Shopify, Peloton and Teledoc all fell by more than 50%.  And many assets furthest out on the risk curve – such as cryptocurrencies – fared even worse (Bitcoin fell ~60%).  In short, it was a massive reversal of the speculative boom fueled by the monetary bazooka fired by the Fed following covid.

The Intrepid Small Cap Fund (“the Fund”) returned -13.44% during the quarter ended June 30, 2022, outperforming the Fund’s benchmark Morningstar Small Cap 600 Index return of -16.43%.  The outperformance was mainly due to its relatively defensive positioning, including its ~11% average position in cash.

Just about everyone in the investment business seems to have a strong opinion on the direction of inflation and the adequacy of the Fed’s approach to quelling it.  Some argue that the Fed is being too aggressive.  They claim that input costs (such as commodities) are already falling, the economy is slowing, and that the Fed’s heavy-handed approach is unnecessarily 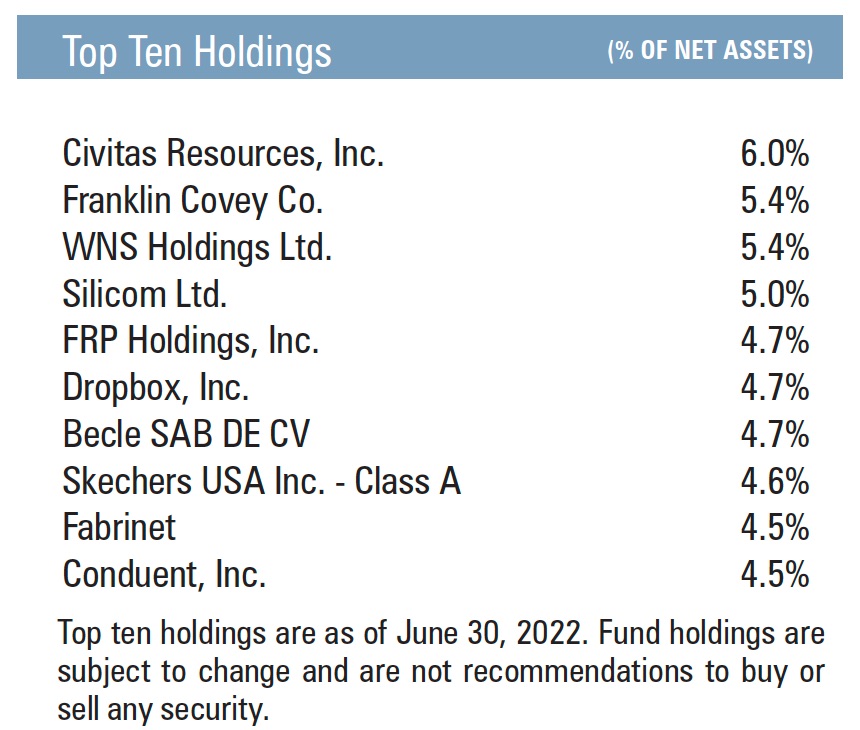 dragging us into a painful recession.  Others point to the substantial gap between the Fed Funds rate (1.75%) and CPI (8.6%) as a sign that the Fed has instead been too weak.  They argue that certain inflationary forces – such as food, energy and the wage-price spiral – are harder to wrestle lower and will require much stronger action.  The only thing most market participants seem to agree on is that the Fed is wrong.

In a 1977 essay on inflation, Warren Buffett wrote that “…peacetime inflation is a political problem, not an economic problem.  Human behavior, not monetary behavior, is the key.”  We tend to agree, and occasionally marvel at the confidence of many investors to forecast a metric with such a complex set of inputs.  We don’t believe we can predict inflation any better than others and don’t waste our time trying.  Instead, we have focused on constructing a portfolio of businesses which we believe will perform well in an inflationary or deflationary environment.

At the margin, we will make tweaks to this positioning given changes in our opportunity set and trends we observe in the businesses we follow.  For instance, last quarter we wrote about the elevated inflation we were observing and how we raised some cash and reduced exposure to the most inflation-sensitive businesses in the portfolio as a result.  As inflation continued to surge higher in Q2 while the outlook for the economy darkened, we maintained a similar posture.  We mostly added exposure to consumer and technology businesses in the quarter, where we felt opportunities were most abundant.  For new positions, we prioritized lower multiple, resilient businesses that we believe would hold up relatively well in an inflationary and/or recessionary environment.  During the quarter, we purchased three new positions:

We exited two minor positions, Keywords Studios (KWS LN) and Burlington Stores (BURL), partially due to anticipated issues from inflation and partially to lessen exposure to foreign and larger cap businesses (as the Fund focuses on domestic small caps).  The only other notable selling activity was a significant reduction in our cannabis exposure, which is discussed further below.

The largest contributors to calendar Q2 performance were Franklin Covey (FC), FRP Holdings (FRPH), and Burlington Stores (BURL).  Both FC and FRPH reported strong results that showed little impact from a slowing economy.  BURL rebounded from a steep decline earlier in the year, and we used the strength to exit the position.

The largest detractors to performance were Atento (ATTO), Green Thumb Industries (GTBIF) and Trulieve (TRUL CN).  Green Thumb and Trulieve are both companies in the cannabis industry which is discussed below.  Atento reported results that showed a lingering effect from a cybersecurity attack in late 2021 that has impeded the significant business momentum the company had prior. However, the company did reaffirm guidance and we are watching closely to ensure that this attack’s impact is in the rearview mirror.

Cannabis has been a thorn in the Fund’s side for several quarters now, and the most recent quarter proved to be one of the worst yet.  We believe the sell-off was almost entirely due to the lack of any progress in passing federal regulatory reform.  Because cannabis remains federally illegal, it has minimized the pool of eligible buyers that might otherwise be drawn in by the cheaper prices, but who require more concrete financial legislation before wading in.  The result has been a frustratingly inefficient market.  The ability to establish positions before larger institutional investors can access the industry has always been a key reason we have been bullish, but so far it has worked against us, as this inefficient market structure has been exacerbated by the regulatory delays that have weighed on these stocks.

In April, we cut the Fund’s cannabis industry exposure by over 60% to less than a 5% cumulative position.  This was a difficult decision, as we remain bullish on the industry and take a long-term perspective in our investing approach.  However, we felt that the extreme volatility and inefficiency of this sector combined with the unpredictability of political developments had created a unique circumstance.  Simply put, we felt that our position size was unreasonably large given the current market structure of the industry.  We plan to maintain exposure at or near current levels (~5%), and will need to see clear positive industry catalysts before increasing our exposure.

Effective June 6, 2022, the name of the Fund was changed from The Intrepid Endurance Fund to The Intrepid Small Cap Fund.  Importantly, there have been no changes in the Fund’s investment objective, strategy or managers.  In connection with this change, the Fund has adopted, in accordance with the requirements of Rule 35d- 1 under the Investment Company Act of 1940, an operating policy that the Fund will normally invest at least 80% of its net assets, plus borrowings for investment purposes, in small capitalization companies.

Looking forward, we expect to gradually deploy the Fund’s ~12% cash reserves (which are slightly higher than we would expect to hold most of the time) into attractive opportunities.  Should the volatility we saw in Q2 continue, this may take place in short order.  We have our shopping list at the ready and are beginning to see prices for many of these stocks approach our desired entry points.  As always, we are focused on identifying the best risk-adjusted opportunities, prioritizing businesses with strong competitive positions and trading at reasonable prices.  Thank you for your investment.